Last week, while at work, I thought of an exboyfriend of mine for whatever reason and I wound up googling him.  I found that the company he had launched while we were dating recently sold for 14 million.

Woooo Hoooo! I am so happy for him and at the same time I am bitter about the past and the version of us that went so wrong.  I loved him very much, but ultimately, our relationship wasn't going to work-  If it was because of timing or a series of events, it just couldn't work

I hope he goes on to do wonderful things, and if he ever comes across this in a google search, I want to say- hey, congratulations- you are a brilliant guy and I hope you are enjoying your life in all the best ways.

During its quarterly earnings report yesterday, Demand Media announced that as part of its $14 million acquisition of ad startup IndieClick Media, it will begin selling advertising for Village Voice Media and the Awl, reports Ad Age.
The company hopes its takeover of IndieClick will help it reach the 18-to-34-year-old Web audience. In addition to the Village Voice sites and the Awl blogs, IndieClick represents other younger-skewing sites like Texts From Last Night, Playlist, Trailer Addict, and Current TV's website, most of which allow IndieClick to sell ads as an exclusive third party.
IndieClick will also sell a number of custom ad units that bring in as much as $20 for every 1,000 page views, as well as advertisers including the Coachella Music and Arts Festival, Schick, Mazda, and several movie studios... 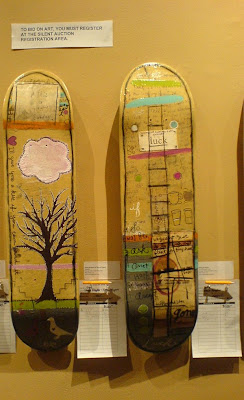